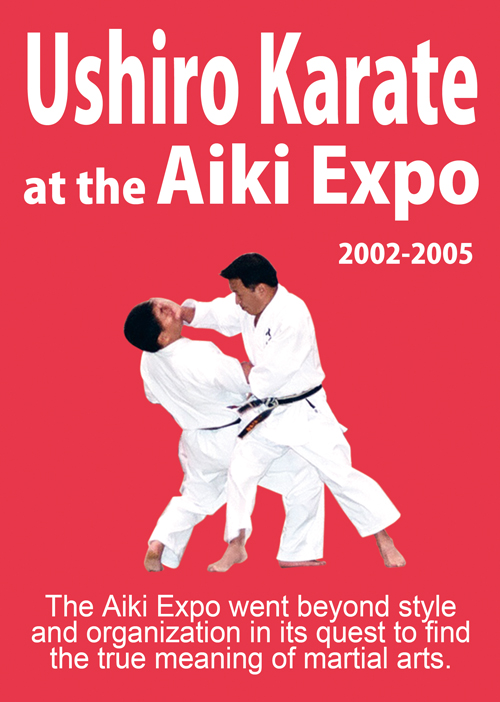 Ushiro Karate at the Aiki Expo

Please follow the site's instruction on how to purchase

【Ushiro Karate at the Aiki Expo】

The Aiki Expo was the largest aikido event in the world. It was held in Las Vegas, Nevada in 2002 & 2003, and was held in Los Angeles, California in 2005.
Stanley Pranin, the organizer of this event, invited Kenji Ushiro Shihan in order to expose aikido practitioners to addressing truly effective attacks such as those used in the style of karate taught by Ushiro Shihan.

Techniques and a punch which can simultaneously harmonize and control the opponents.

● Neutralizing the opponent through throws, punches and kicks.
● Demonstrations of Sanchin, Passai and Seisan katas.
● Shihan Ushiro and Mikhail Ryabko, the founder of Systema ( a Russian martial art), in conversation.

Ushiro Karate at the Aiki Expo from どう出版 on Vimeo.